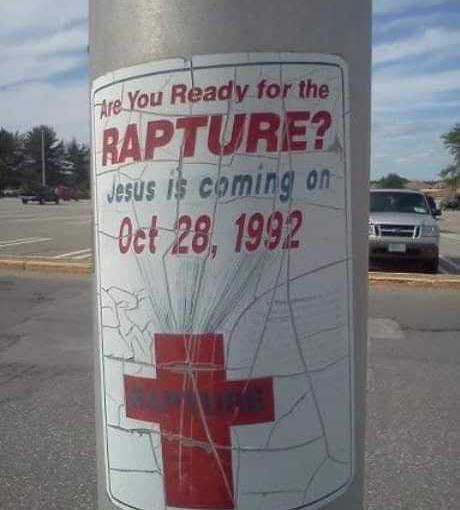 “You shall not bear false witness against your neighbor.
(Exo 20:16)

On the face of it, this seems like a legal issue. Bearing a false witness against your neighbor, in a courtroom, would be an offense even today. To be convicted of perjury is a serious crime. But the intent of this I believe goes much deeper. It intends to drive toward the heart of human interaction. That is the nature of truth and honesty in our relationships.

Can you exist in this world without truth? First, let us define what truth is. The Christian answer of course is “Jesus” but we need to do a little bit more than that. Truth is that which corresponds to reality. Reality is determined by what we discern with our five senses, even to scientific observation, to what is testable, provable, and established by repeated experimentation. To tell the truth is to tell a story that corresponds with the evidence and/ or with other’s testimony. There is only one truth, only one way that things happen. The rest is interpretation and perspective.

So let’s take a look at the most important fact of Human and Christian history: The Resurrection of Jesus Christ.

Alternative theories have been proposed, like mass hallucination, or Jesus’ fainting on the cross, or that the disciples went to the wrong tomb. But remember that Romans knew how to crucify. The Jews knew where the body was buried. Those who opposed the founding of Christianity could easily have produced a body if there was one to produce. And the fact that eye-witness after eye-witness refused to recant, even on threat of death, points to the remarkable truth that is the resurrection. No one dies for a lie. And the truth of the resurrection was so transforming, that the men who saw it were willing to stake their lives on it, believing that resurrection was waiting for them. That’s a transformative truth. There are many better and more profound defenses of this, but this is sufficient for our needs here.

The greatest truth of all time, that Jesus of Nazareth rose from the dead, becomes the foundation for the rest of Jesus’ life and ministry, and His claims that He is God, the Creator God and He both exist as One. Though He taught with authority, they are now imbued with eternal significance, because He is God. The whole of the Bible, from those who prophesied His coming, to those who proclaimed His resurrection, is granted divine status, because God kept His Word. And He continues to keep His Word.

Now, why is it so important for those who claim to follow God to tell the truth? If Someone ever tells you something about God which isn’t true, does that make God a liar? If someone claims that Jesus is coming back at a time in the near future, and then it doesn’t happen, does that make God a liar, or man? Do you know how many of these predictions have been made and failed? Do you know how many people have followed these false teachers only to be disillusioned and fall away? Many Christians were only faithful on the imminent threat that Jesus was going to come and take them all away. They weren’t prepared to live their whole lives for Jesus. That’s too hard.

My friends, if we are going to claim that God says or does anything, we are at greater peril if we are lying. When God speaks, He is speaking reality. When we repeat His words, we had better make sure they are as accurate as we can make them.

And that goes for our actions as Christians. If we work and act in Jesus’ name, then we had better be working and acting as Jesus would. I’ve heard it said that many Christians live as practical atheists. Is that true? If Jesus only matters when people are watching, then it may be true. If Jesus only matters when you are paid to be holy, then yes, you may be a practical atheist. Only the fool lies to himself when he says, “There is no God” especially in private.

Many a Christian has lied, and many Christians will stand before God in the judgment. But God sent His Son to pay the penalty for our sins. But God sent His Son to grant us grace. But God sent His Son to show us truth. Pontius Pilate asks, “What is truth?”, the absolutely most profound question in the universe. How can I know what is true, when there are so many who wish to lie to me for their benefit? How can I know the truth when it seems I can’t trust my own senses? The world is trying to gaslight us and tell us a great big lie, that there is no God. But our own senses riot against the lie. We see order. We see Laws of Nature. We see awe-inspiring creation. There must be Something bigger than ourselves. There just has to be.

Jesus said, “I am the way, the truth, and the life. No one comes to the Father except through me.” The way of Jesus is more reliable than any path of any map. This is the way of humility, joy, grace, and peace. This is the path through the storms of life, the craziness that surrounds us and the chaos. The truth of Jesus is the absolute standard of truth. Everyone will be measured by Him. All truth will be measured by His standard. He IS the LIFE. Everything else is DEATH. You cannot LIVE, have that abundant, better LIFE without Jesus. Everything else leads to death. All you seeking of pleasure, or fun, your pursuit of happiness, every other path leads to death. Morbid? Sure. But Jesus’ work as Navigator has never steered me wrong. There is no other way that leads to life, except Jesus’ way, the way of truth.

Do you want to know what truth is? First, admit that you aren’t God. You don’t have the corner on the truth. Second, learn the beginning of wisdom, the fear of the Lord. Third, if you haven’t made that transformation yet, apply yourself to faith in Jesus’ resurrection. He did die and rise again, for you. Believe in Jesus’ Resurrection, His life and work, not as fairy tales, but as real things. Repent of your own sins before a holy God and confession that you are a sinner, in need of God’s grace. Confess before others that Jesus is real, Jesus is alive, and Jesus is Lord, the Son of God. Submit yourself to baptism, not just the hands and feet, but the whole body into water, sealed with the One Name, Father, Son and Holy Spirit. Then you too will receive the gift, get this, the gift of forgiveness.

Imagine being forgiven. All those sins you just confessed, all those harms and hurts you’ve dished out, all of that, forgiven. That’s God’s love. Just give Him all your sins, and He forgives you, because Jesus poured out His own blood for you. Jesus died to save your life. And He lives now, because death couldn’t hold Him. God freely grants you forgiveness and the gift of His Own Presence in the Holy Spirit. God dwells in you. He isn’t content to save you and give you forgiveness. He wants to spend the rest of your life with you. He loves you that much. And yes, that means eternity in Heaven too.

God is truth. If you represent Him, then you too must be true. Don’t lie, don’t think that making converts on a lie is going to be blessed. Tell the Truth. God bless.