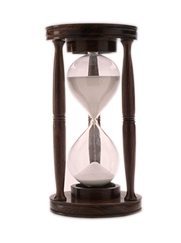 September 28, 2015 was predicted as the last of four “blood moons” to occur, a “tetrad” of lunar eclipses (four occurring in close proximity in time) that when they occur on Jewish Feast days, predict major events for the Jewish people. You can read all about it at http://www.endtime.com/four-blood-moons/ and watch a video by Irvin Baxter. The threat of this blood moon is that “the Bible predicts” the Jews will sign a peace agreement with the Palestinians, and this will start the seven years of tribulation before the final return of Christ.

However, coming so soon after the “Mayan Prophecies” of December 2012, and before that Y2K, and before that September 1988, many people are tired of date-setting for doomsday. Is it possible that God set 9/28/15 as the final nail in our coffin? Yes. Of course it is. But just as soon as a person sets a date, you know he will be wrong, since:

“Now concerning that day and hour no one knows–neither the angels in heaven, nor the Son–except the Father only.” (Mat 24:36)

If the Bible seems pretty clear that no one can predict the Day of the Lord’s return, why do so many try to? In AD 1000, the church predicted the return of Christ, a prediction which caused such disappointment that the church split East and West in 1044 in the Great Schism. William Miller (of the Seventh Day Adventists) predicted Jesus’ return in 1844. Many others throughout history tried to predict it. All failed. Are there certain Biblical markers to determine the timing of the second Coming? Are there any Biblical prophecies that we can say for certain will happen at a certain time?

But this is the dilemma of prophecy. And some prophecy teachers confuse the original return of Israel after the exile to a future return, due in small part to Ezekiel’s prophecy of a Temple. The return of a nation called Israel in 1948 (by UN decree) has stirred the pot of prophecy teachers who are all certain it portends the return of Christ. Now it has been 70 years since 1948, and still no return. And of course, this puts doubt in anyone who believed because of the prophecies.

They will say, “Where is the promise of his coming? For ever since the fathers fell asleep, all things are continuing as they were from the beginning of creation.” (2Pe 3:4)

They will say that if the prophecies failed, there must not be a God. I get very frustrated with this, one of my all-time pet peeves. May I remind you of yet another prophecy?

For the time will come when they will not tolerate sound doctrine, but according to their own desires, will multiply teachers for themselves because they have an itch to hear something new. (2Ti 4:3)

Something new? Everyone who comes out with a “fresh word” from God, ignoring the sound words that are already written, is leading people astray. “Sound doctrine” is being put by the wayside because that’s too hard. That requires study and discipline and sound teaching. But this wave upon wave of prophecy teachers, each with their own fresh spin on the prophecies given to Israel 2500 years ago, seems like it will never end, because there is always people with money gullible enough to buy it.

This verse sounds prophetic to me.

One thought on “Blood Moons”