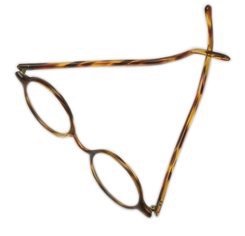 I feel like I’ve argued both sides of this debate. Early in my ministry, I was confronted about whether an elder could be a single man. Later, could he be a divorced but remarried man. I’ve heard that the qualifications for eldership ought to be taken at face value, and that they ought to be understood as guidelines. I would pay to see the longitudinal study that showed the results of both understandings.

The truth is I’ve seen a few church elders in my time. I’ve had the privilege of working with some great men. And I’ve worked with men that were not so great, and some that were really petty. Some Elders were far more interested in personal or family power in the church than delivering sound judgment. I’ve seen many good men shy away from the leadership because the men in already in power were corrupt. And I’ve seen good Elders sour under peer pressure and pressure from those of influence outside church leadership.

I see the church elder as a dying breed, whose role and scope is slowly being taken over by staff, the “hired guns” from out of town, out of the colleges and seminaries. Staff take up the role of the Elder, but don’t do the work of shepherding, not like a home-grown Elder, allowing the sheep to wander on their own through the week because staff don’t necessarily understand the community like the Elder does.

That is the price of cheap grace by the way. If its easy to get into faith (by raising your hand or standing up at the close of the message) its just as easy to fall back out. Salvation costs you nothing, but it costs you everything.

We’ve so corrupted the understanding of what an Elder is that we don’t even try it anymore. It’s a title for a church officer and nothing more. He manages church business and hiring and often firing the preacher, if he has any power at all. In a small church, the Elder is the “Great Power”. In a large church, you can scarcely find him, eclipsed by the personality of the Preacher. Somewhere in there is the biblical role of an Elder.

The saying is trustworthy: If anyone aspires to the office of overseer, he desires a noble task. Therefore an overseer must be above reproach, the husband of one wife, sober-minded, self-controlled, respectable, hospitable, able to teach, not a drunkard, not violent but gentle, not quarrelsome, not a lover of money. He must manage his own household well, with all dignity keeping his children submissive, for if someone does not know how to manage his own household, how will he care for God’s church? He must not be a recent convert, or he may become puffed up with conceit and fall into the condemnation of the devil. Moreover, he must be well thought of by outsiders, so that he may not fall into disgrace, into a snare of the devil. (1Ti 3:1-7)

This is why I left you in Crete, so that you might put what remained into order, and appoint elders in every town as I directed you— if anyone is above reproach, the husband of one wife, and his children are believers and not open to the charge of debauchery or insubordination. For an overseer, as God’s steward, must be above reproach. He must not be arrogant or quick-tempered or a drunkard or violent or greedy for gain, but hospitable, a lover of good, self-controlled, upright, holy, and disciplined. He must hold firm to the trustworthy word as taught, so that he may be able to give instruction in sound doctrine and also to rebuke those who contradict it. (Tit 1:5-9)

When we look at the qualifications for an Elder we see a man who is an upstanding citizen, well-known in his community. He is a man with a stable marriage and family life. He is a man who knows his Bible and has good management skills. he has been through the school of hard knocks and graduated with honors. He is respected by his peers, but humble. He is evident in his faith and willing to share it. He is a man with life experience and wisdom, and the ability to pass this on to others. This is a man whose wife and children look up to him. This is one who is just as qualified by who he is as by those who know him.

This is the heart of Pauline Eldership, and let us tread carefully on this ground, since the leadership of God’s Church suffers, if not shatters and crumbles, if we do not take this seriously. As Alistair Begg recently said, “The chaos of an Elder’s home bleeds over in church leadership.”

The systems our churches use are far too weak, and far too lenient to meet this standard. And this leads to weak and lenient churches. We must be willing to accept the notion that if no man is qualified, then God has chosen no one to fill the role. We must be willing to keep the position open and vacant until men are qualified. Contrary to the “by-laws”, the Bible does not make it mandatory, and it may well mean the Lord is not ready to appoint any elders at this time. I think there is something to be said for men to be deacons before they are elders, but the diaconate is a different kind of position.

The Elders’ role (always in plural, by the way, never singly) is the shepherding of the flock. Its instruction and ministry of the Word, anointing the sick, and giving wise counsel.

So I exhort the elders among you, as a fellow elder and a witness of the sufferings of Christ, as well as a partaker in the glory that is going to be revealed: shepherd the flock of God that is among you, exercising oversight, not under compulsion, but willingly, as God would have you; not for shameful gain, but eagerly; not domineering over those in your charge, but being examples to the flock. (1Pe 5:1-3)

We ask you, brothers, to respect those who labor among you and are over you in the Lord and admonish you, and to esteem them very highly in love because of their work. Be at peace among yourselves. (1Th 5:12-13)
Is anyone among you sick? Let him call for the elders of the church, and let them pray over him, anointing him with oil in the name of the Lord. (Jas 5:14)

If Elders has been selected according to the standards we know are written in God’s Word, our churches would be in very different places now, and not nearly so dependent on the colleges and universities for leadership and advice. That places the Scholars in those leadership roles, not seasoned elders. That’s not what the Scriptures teach. That’s not the New Testament Church.

What we are seeing today among our larger churches reflects this. The Church has become a place to be entertained, not an encouragement for service. If we see the elders at all, it is the stumbling meditation of the Lord’s Supper, very much out of tune with the rest of the service. Where are the elders leading from the pulpit, through the song service, and giving the invitation? They are often men unskilled in speaking, uncomfortable before a crowd, and very willing to let the preacher take over for them. Where is the enthusiasm of the Board Meeting? Or the emotional vitality when telling the preacher where to go?

Men, if you are an Elder reading this, I encourage you to become more involved and out front in your church. Don’t be content to hide behind the title, or simply show up when the Board Meeting is called. You are the Head Christian in your Church, not your preacher. Everyone expects the preacher to be a Christian. But the Elder is one who lives where they live, and has been through what they experience and still loves the Lord. The Elder is the man who calls on the sick and the infirm, who shepherds the flock, knows the flock by name, and encourages the weak. If you are not up to the task, resign, and let God call someone who is. Encourage your preacher and admonish him, hold him accountable, but never tear him down in front of others. If you don’t like your preacher, hold him up before God in prayer. If you are not a praying man, then get on your knees. its time you started. If you are depending on your preacher to do your job, then its time for a wake-up call. Help him do his job by doing yours.