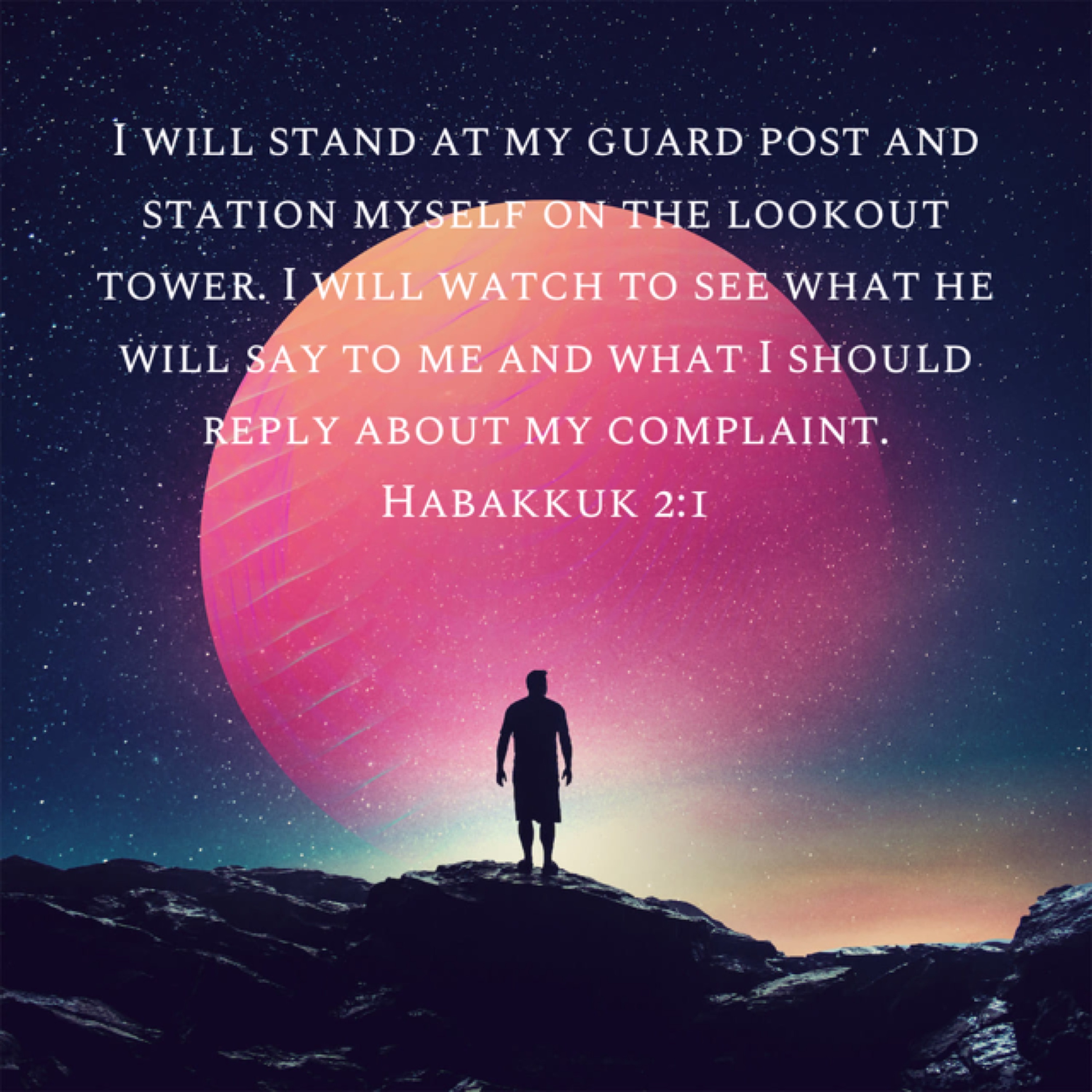 Though not much is known about Habakkuk, we know at least that he was not happy with the way the Lord was handling things in regard to Babylon. He saw Babylon as a supremely wicked nation, and couldn’t understand why the Lord was allowing them to trample the Holy City, the City in which the Lord’s own Temple rested. Why should God use such wicked men to deal out judgment upon His people?

I echo Habakkuk’s questions, as the evil people I see around me are the ones who are tearing down American history, icons of our past which ought to be remembered. Why in this nation who has chosen to honor the Lord time and again are we being overrun by these wicked men and women who have stated plainly they want to destroy even the icons of the Church and rip out the stained glass?

But then I remember, Habakkuk may not have been seeing very clearly. Perhaps with rose-tinted glasses he was looking at the condition of his own people, a people who generation after generation had rejected God, and if not outright rejected, ignored God. Prophet after holy prophet had been sent to the highest kings and to the average man, “Repent of this wickedness of worshiping idols and return again unto the Lord Your God!” But the high places stayed. The Asherah poles and the altars on high hills continued to be used because the people had found other gods, less demanding gods, gods who would promise them ease and happiness, not the guilt of sin and the need for sacrifice. These were gods of complacency and indolence. These were gods who said what those people wanted to hear, echo chambers for their worshipers. Habakkuk may have been one the very few who was actually listening for God’s voice.

2020 has proven to be a year of consequences. We have laid the seeds for all of these things over the last few decades. Children who were not taught to respect American history, have now come to despise their own country and tear down its icons. Our willingness to not discriminate who can come in to our country has resulted in pandemics that started in other countries that found their way here. Our willingness to be open to every influence and thought without asking if they are true has led to the complete chaos that is out political system, and the men and women who say they represent us. We have held neither the politicians nor the media who report on them accountable to truth, and they have gotten away with murder.

When a nation turns its back on God, God slowly lifts His restraining hand from evil. Evil grows and becomes rampant, so that not even a well-armed police force will be effective to stop the evil of men’s hearts. It will not take an army from another country to defeat the United States. We will collapse from within, hollowed out like the corpse of a tree, alive on the outside, but dead and rotting within.

Is it reversible? I believe it is, because is still sending voices, His messengers, to be heard in our nation. He is still calling us back because He has not finished with us. But like the period of the Judges, he sometimes allows evil to invade until the people cry out for mercy and salvation. I believe that is where we are right now. America has been brought to it’s knees. We are not out, but we are down. And I would pray for America to realize the mess it’s gotten into and call back to its Savior and Lord. Enough with this abortion nonsense. Enough with the gay and trans agendas. Enough with the destruction of the family! Enough with drugs and addictions! Since we are on our knees, let us repent of the evil we have done one to another and repent unto the God who makes us a great nation! We have dabbled in the darkness long enough. It’s time to return to our Father who stands waiting for us, looking for our return.

Heavenly Father, I know that as a nation, we have crossed the line way too many times. We have demonstrated faithlessness. We have demonstrated our faith in armies and science and our own sense of right. Father we are wrong. And even now we are seeing the consequences of our wrong actions taking place around us. This isn’t about George Floyd. This is about justice. This is about the righteous justice of God being poured out on a wicked nation, not because they had slaves 200 years ago, but because of the evil we do to one another today. Lord I pray, please hear our repentance, please forgive! Please show us Your unmistakable love for Your people! Lord may we pray these things together in our hearts directed to You. In Jesus’ Name we pray, Amen!