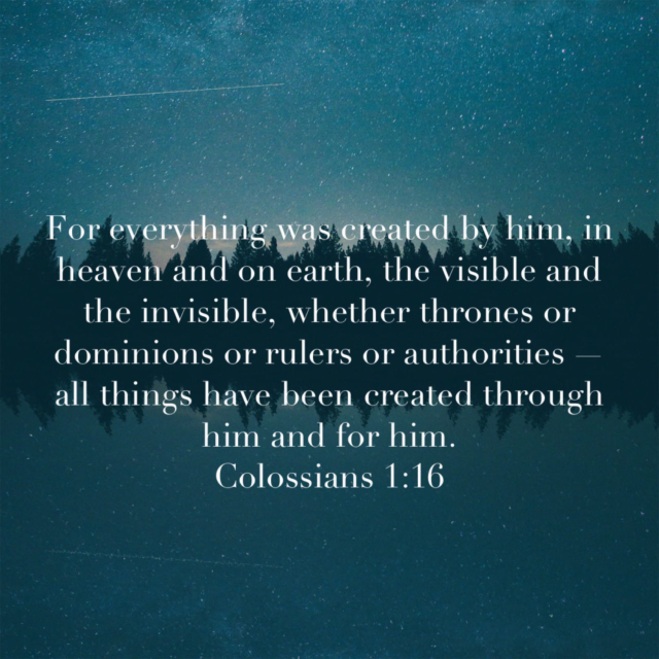 Before you can question God’s authority, you must first ask, “who made who?” There is a popular notion in vogue today that God is a creation of the mind of man. That somehow we needed to invent God in order to explain the things we can’t explain. And then, when science has sufficiently matured, we will no longer need God to explain the unexplainable. Hmm.

There is a far older notion that God created us, not because He needed us, but because He wanted to make us because God is love. God wanted someone else to love. Don’t think that God was not completely content in Himself. He certainly is. He does not need us at all in order to love. Rather He chooses to.

So the question of authority is “who made who?” Who made man? Who made God? If you read the Bible, you would know that we could not and would not come up with the God of the Bible. We would not invent a God beyond our understanding, unapproachable by man’s sinfulness, and requiring a redemptive Savior to act as intermediary. We would certainly invent tamer gods. On the other hand, God would certainly invent man, made in His own image, to be subject to Him.

God made man. Not the other way around. This God has all the authority of a Creator. He made us. He made the rules by which we interact. He has whole and complete authority over us. He is our Father and our Judge, but in the best way possible. In this way, we do not have authority over each other except by that to which we are appointed. And none of us have greater authority than God.

May God bless you today.