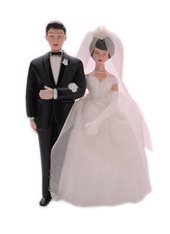 Nevertheless, in the Lord woman is not independent of man nor man of woman; for as woman was made from man, so man is now born of woman. And all things are from God. (1 Corinthians 11:11-12)

Our culture is trying to divide men and women, actually trying to make us homogeneous, rather than heterogeneous. Gone is the macho man, here is the metro-sexual. Gone is the mother, housewife, and vixen, here is the career woman, who can do it all and can do it all better. Men are told to sit down and shut up. Boys are told to behave and given medicine to keep them from being rowdy. Girls are told to burn their aprons, put on their shoes, and go get a real job.

And by trying to make us all the same, some have tried to be homosexual. Men have given up their natural urges, and felt justified in doing so. They give up trying to be men and stay boys, never becoming Dads, or the real men we knew 50 years ago. Women attempt to take up the slack, and try to be Dads and Moms, some feeling utter guilt for being away from home, but guilt at home for being away from work.

These gender-based issues plague the church, for these attitudes infect us everywhere. Men are content to sit on their hands and let the women run the church. The women are frustrated, because they don’t know who they are supposed to be. The men are frustrated because they are not allowed to be what they are. There is friction in the home, in the workplace, and in our country as a whole. But this is an old problem. Society’s answer to the problem of man and women is only creating bigger problems. No one knows what they are supposed to do anymore.

So why did God create man and woman? Why did He create them both? That’s the heart of the of all the complaints we have, men about women, women about men. Why did God in His infinite wisdom make men and women? Did He make them to be unique in role and function? Or did He make them from the same mold?

May I put forward that the reason God made men and women was to teach us to love and be loved in return. Man was not created for the woman, though they were created the same day, maybe even hours apart. Man was created first, from dust, from the inanimate earth, while woman was created from the man, the very machine of his biology.

Man was created in isolation, given time to learn loneliness, despite all the glory expressed in creation. God gave him time to learn that he was alone. Adam did not know that God would create a woman. What he did know is that despite all the wonderful and perfect things God had created, there was no one else like him. This should seem strange to our ears, because surely Adam had the companionship of God. Didn’t God walk the garden in the cool of the day? Couldn’t God fulfill all the needs for companionship that Adam had? And yet it is God who says, “It is not good for man to be alone.”

Woman was created in answer to this. While Adam slept, God took a “rib”, which was more likely Adam’s baculum, or, “penis-bone”, and from it created the woman, that which literally completed him, and this through the physical act of intimacy and reproduction. The woman was brought to the man, so that she was never lonely. But to say that woman was created so that Adam could have sex is overstating the idea. What did Eve bring to the relationship? God calls her a “helpmeet” or a companion to Adam. Some theorize that her role was more than just a companion, but a fellow warrior, someone to watch his back. Others suggest that Adam was the hunter and explorer, while Eve was the nurturer and homebuilder, that their abilities complemented each other.

But it seems to me that making a man and a woman, God has Himself in mind. God exists in a Trinity, three Persons who exist as One Being. The man and the woman, especially in a marriage relationship, reflect this. Alone, they feel incomplete, even lonely. Yet while they are still two persons, they reflect a common commitment, and common direction and agenda. In many cases, only the companionship of another of the equal yet opposite gender will satisfy and fulfill that need.

Men and Women are unique, but similar, different, but their parts and processes are complementary. We cannot expect men to act like women nor vice versa. To do so is to cause depression, anxiety and guilt that shouldn’t be caused in the first place. Men. Is it ok to be masculine. Women, it is ok to be feminine. That is what you were built for, and why your heavenly Father endowed you with these gifts.