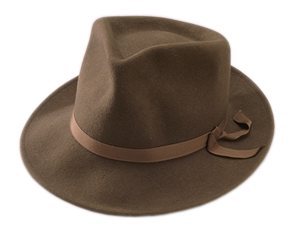 When my grandfather died in 1989, it was a Saturday in December. Dad had worked all night the night before and was sleeping when the phone call came. I picked it up. It was mom, who was at the hospital. She said to wake Dad up and have us all come to the hospital. I woke him up, but he rolled over. I told him Mom wanted us to come to the hospital. He said ok, and fell back to sleep. I left the bedroom. He woke up fully a few minutes later and coming into the living room, confirmed what I’d said, and we all rode up to Lafayette, to Home Hospital, where my grandfather was. When we arrived, I heard crying, and looking into the room, saw my uncles, my mother, and my aunts weeping around the bed. Grandpa was lying there with his jaw open. I remember seeing his jaw just hanging open, which was just unnatural and wrong. Part of me knew he was dead, he’d had prostate cancer for about a year, but it felt wrong to see him so utterly still. It was the first time I’d really seen anyone dead before. I didn’t know how to feel, or what to think. I just felt numb. It was weird to see my family, who normally would be laughing and talking together just weeping and holding each other. I didn’t know what to do or how to react.

The closest I came to crying over him was at his funeral, when someone was singing, and nudged my emotions to the surface. If I had known him better, or longer, I probably would have been more distraught. But all I could feel was numb. Every December 26th I remember him again on his birthday. I remember waking up the morning after Christmas and having breakfast with him before we had to go home. But what tears me up now more than ever is what he could have told me. Whether or not we was proud of the direction my life has taken, or what he would have thought about my family. I don’t know why I care what he would think, but I do. He was always quiet in his praise of others, and I guess I am hoping I would make the cut.

I need death to be more than the grave, but a New Beginning, for my grandpa and for everyone else’s. I need to death to be temporary, not permanent.

There are two things going on at the cross, one explicit in the gospels, and one implicit, which is expounded in the letters.

Do you see? As the gospels show us the death of Jesus, which we can relate to and understand, the New Testament show us its meaning, which we cannot know without the Bible. Each baptism is a reenactment, each death a harsh reminder, but each day we live in Christ, a new creation and a joy to know we have our hope in Him. It is a hope that we will hear these words, “Well done, good and faithful servant. You have been faithful with a few things. Now you will be faithful with much.” The death and resurrection of Jesus make it possible for us to believe that death, though harsh, isn’t the last word.

Since the children have flesh and blood, he too shared in their humanity so that by his death he might break the power of him who holds the power of death–that is, the devil– and free those who all their lives were held in slavery by their fear of death.